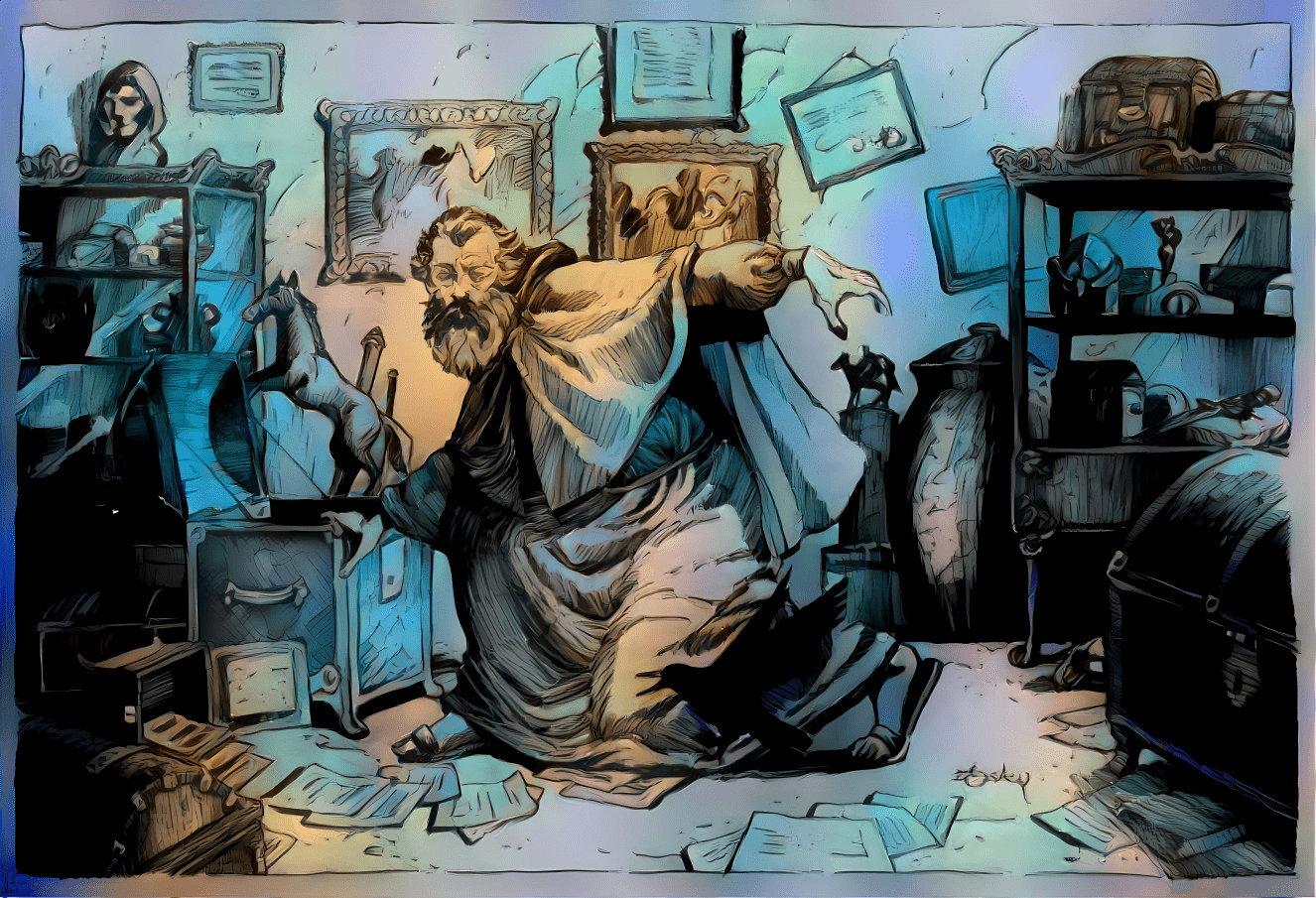 Hello! I’ve got some D&D backstory generator examples below that I created with GPT-3, a large language model made available by OpenAI. Yes, one of the many companies that Elon Musk started. While he’s no longer with OpenAI, it’s in competent hands. Over the last few years, I’ve been using GPT-3 (and GPT-2) to create original content for tabletop fantasy campaigns. I try to make sure everything is useful for D&D and other gaming systems. Looking at you, Pathfinder! In this article, I am going to show some examples of the kinds of things I have been creating with GPT-3. If you want to see a full example, I made a YouTube video of one of my campaigns, which I’ll also share below.

The process started by using some sample data by Janelle Shane. It wasn’t very clean, so I spent a dozen or so hours cleaning it up – and adding my own backstories. I then fine-tuned GPT-2 on the examples. The results weren’t … great. Not at all. It showed, promise, though, and I was hooked. When I got access to GPT-3, I immediately set about creating even better character backstories and more – a whole lot more.

Here are some examples of what I’ve been creating with GPT-3:

You can choose from dozens of races and classes to come up with all sorts of backstories for your character.

Jyphus was the son of a prominent hunter. His father’s reputation made him a target for bullying, but Jyphus was stronger than the other children and was able to hold his own in a fight. When he was older, he left home to pursue a life of adventure. He traveled through Grabisco, encountering many different creatures.

One day, he was attacked by a giant spider and was paralyzed with fear. A traveling ranger found him and took him in. The ranger taught him how to fight without fear. He learned that fear is a powerful tool, but it can also be your greatest weakness. Over time, he became a master hunter and a master of the mind.

Jyphus is a confident and outspoken halfling. He is constantly trying to prove himself to others and will often get into arguments with people. He can be rude and obnoxious, but he’s always willing to help those in need.

Jyphus has short, dark hair and a long, brown beard. He wears a long, brown cloak with a hood. His favorite weapon is a giant wooden club. It’s not very practical, but it’s a great weapon for bashing enemies into submission.

Jyphus has decided to travel throughout Grabisco and beyond, intent on becoming a well-known hunter and adventurer.

I also have a generator for overland locations. I’ve got some ideas on how to make this a LOT better, so stay tuned. If you want to see a sneak peak, take a look at my random dungeon generator video below!

The Overlander Woods have always been a dangerous place due to the many creatures that dwell within. The deeper one travels within the wood, the more dangerous the creatures become. The wood has a reputation for having a wild and untamed atmosphere that comes with its high concentrations of Beasts and Monsters.

Many travelers take great precautions entering this wood, knowing that anything could be hiding in the dark. The city of Mhair is a stronghold for Order. Mhair City is home to the Order of the Mace. The city is a center of knowledge and a refuge for the weary. Many Warlords and Orders from the Eternal Plains make stops in this city before continuing their journeys.

Many support the Order of the Mace. The region is known for its many fortified holdouts. In past wars, the region has been the battleground between Order and Zannites. The Overlander Woods are home to all sorts of creatures, including carnivorous beasts and vicious monsters. This region was mostly untouched by the Cataclysm.

Zeka is a tall, young woman. She has long, brown hair and blue eyes. She wears a white tunic and pants. She has a longbow slung over her shoulder.

Zeka was the first character to appear in the story.

Zeka is very friendly, and will converse with anyone who is willing to talk to her. She is also very compassionate, and will offer to heal the character’s wounds if they would prefer to avoid fighting. She is an expert fletcher, and can craft a variety of bows and arrows.

Zeka was born in Crowthorne, and was a member of the town guard for several years. She learned how to fight, and how to craft bows and arrows, in her early years. After the town was destroyed by Willow, she continued to protect the people of the surrounding area. She has since become well known as a fletcher and a healer, and is greatly respected among the locals.

Qindrela is a proud, muscular gnome with a stocky build. She is wearing a cloak, and it is obvious that she has a large build.

Qindrela is a proud and confident gnome, who loves the company of women. She is not particularly intelligent, and will often forget the details of a conversation shortly after entering into one. She is fiercely loyal, and is quick to put down those who she believes are being “too big for their britches” or are being dishonest.

Qindrela is the daughter of a wealthy merchant, and has grown up in a life of luxury. Her father wanted to learn how to be a fighter so that he could protect his daughters, and he convinced the local weapons master to train him during the days while they worked on business during the nights. When the business was done, they would take the money to a local tavern, get drunk, and talk about the way things should be with the women. Qindrela has grown up with these ideals, and she decided that she would live in a world where all the women were her friends.

Qindrela will begin combat by firing arrows at ranged opponents. Once she is up close, she will mostly use her fists to beat down her opponents.

Here’s the first beta version of the dungeon generator I created that’s powered by GPT-3. Want to try it yourself? Head to LitRPG Adventures and join us today!