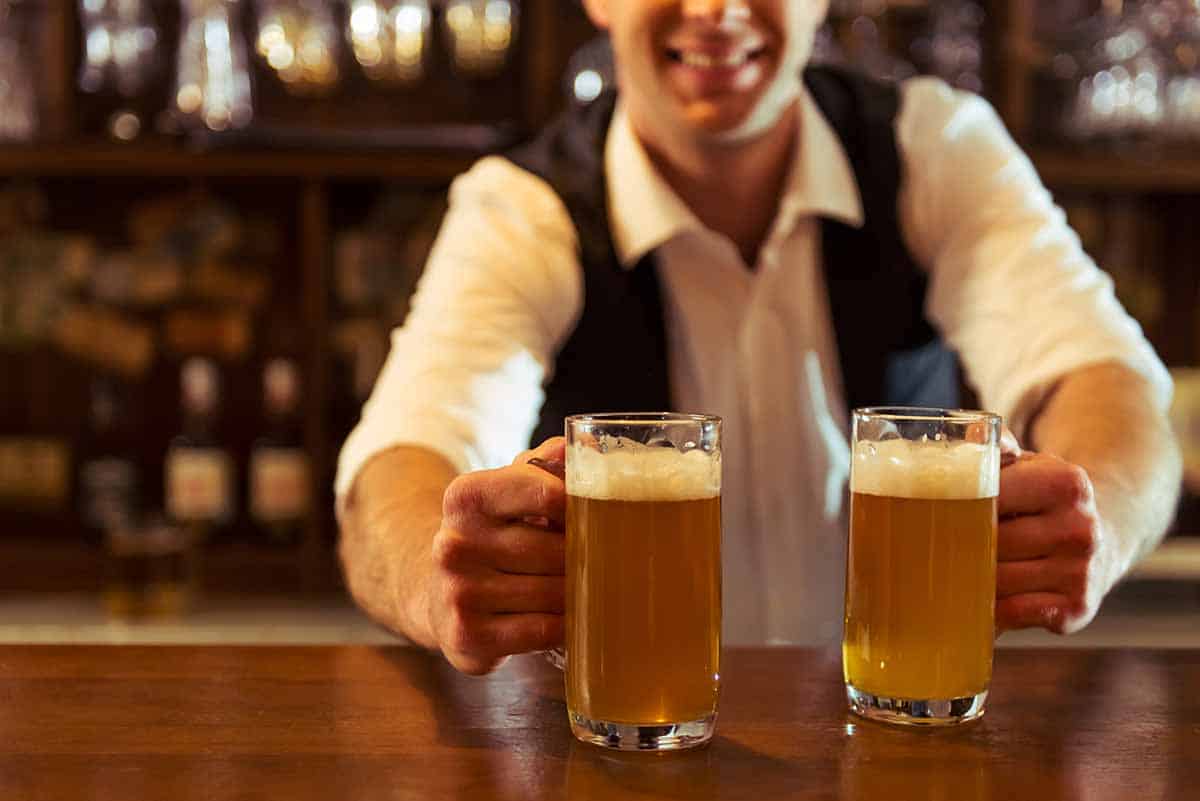 Here’s my list of 20 bartender dispositions you can use when your players encounter them in your fantasy taverns.

Here’s my list of 20 dispositions for bartenders players in your campaign encounter.

This bartender simply does not care about anything. He will serve the drinks, but he won’t take any initiative to make sure the patrons and passersby are taken care of. He’s not rude, but he’s also not friendly.

This bartender really likes his job and he’s psyched to be at the bar, serving the drinks. He’ll talk about the other patrons and passersby, but he’ll chat about almost anything else, too. If someone starts to get serious, he’ll move on to another topic.

The bartender doesn’t really care about anything. He simply wants to make drinks and get paid. He’ll talk about anything if it keeps the characters or other patrons busy.

The bartender has a secret, but he doesn’t want to share it. If the players try to talk about his secret, he’ll ask them to keep it to themselves. If they insist on knowing, he’ll get angry. If he gets angry, he’ll get his friends to get rid of the characters.

The bartender is lonely. He likes being at the bar because it gives him a place to hang out, but he doesn’t have much to say. He will talk about his hopes and dreams, but not much else.

The bartender is a jerk. He won’t take any crap from the characters or anyone else. He won’t serve drinks to anyone who isn’t dressed well enough. If the characters don’t order anything, he’ll stare at them and mutter to himself.

The bartender’s hands are shaking. He’s not sure whether the players are there to cause trouble or whether they’re just lost. If they try to order a drink, he’ll prepare it as quickly as possible and then scuttle out of the way.

The bartender doesn’t trust the players and he doesn’t trust anyone else, either. If anyone tries to approach him, he’ll step back and draw a weapon. He’ll try to talk to the characters, but he doesn’t really want to.

This bartender is mad. He’ll serve the characters or other patrons drinks, but if they try to start a conversation, he’ll either start a fight or walk away.

This bartender is a jokester. He likes to have a good time and loves a good prank. If the characters don’t have a sense of humor, he’ll try to cheer them up with a good story or a prank.

The bartender is trying to hide his desperation. He’s worried about his wife, his kids, his job, and everything else. If someone tries to start a conversation, he’ll tell them everything that’s wrong with his life.

The bartender is tired. He hasn’t slept well in years. He’s not sure if the players are there to fight or to drink, but if they try to talk to him, he’ll start to fall asleep.

This bartender can’t take any crap from anyone. If the players try to start a conversation, he’ll tell them to keep it down. If they don’t, he’ll throw them out of the bar.

The bartender is a little high. He’s not sure where he is or why. If the characters try to talk to him, he’ll stare at the nearest patron and ask them to repeat what they said.

The bartender is happy to serve anyone. He won’t start a conversation, but he’ll answer questions and serve drinks.

This bartender is busy. He serves people as quickly as possible and then moves on to the next customer. If anyone tries to start a conversation, he’ll ask them to keep it short.

The bartender is angry and he doesn’t care who knows it. He hates the world and everyone in it. If the characters try to talk to him, he’ll tell them to get lost or he’ll throw them out of the bar.

Want to use an advanced RPG generator created with GPT-3 from OpenAI? Check out LitRPG Adventures and see all the different things you can create. Members also get access to our growing library of RPG content. We have thousands of character backstories, cities, taverns, magic shops, monsters, spells, and so much more.