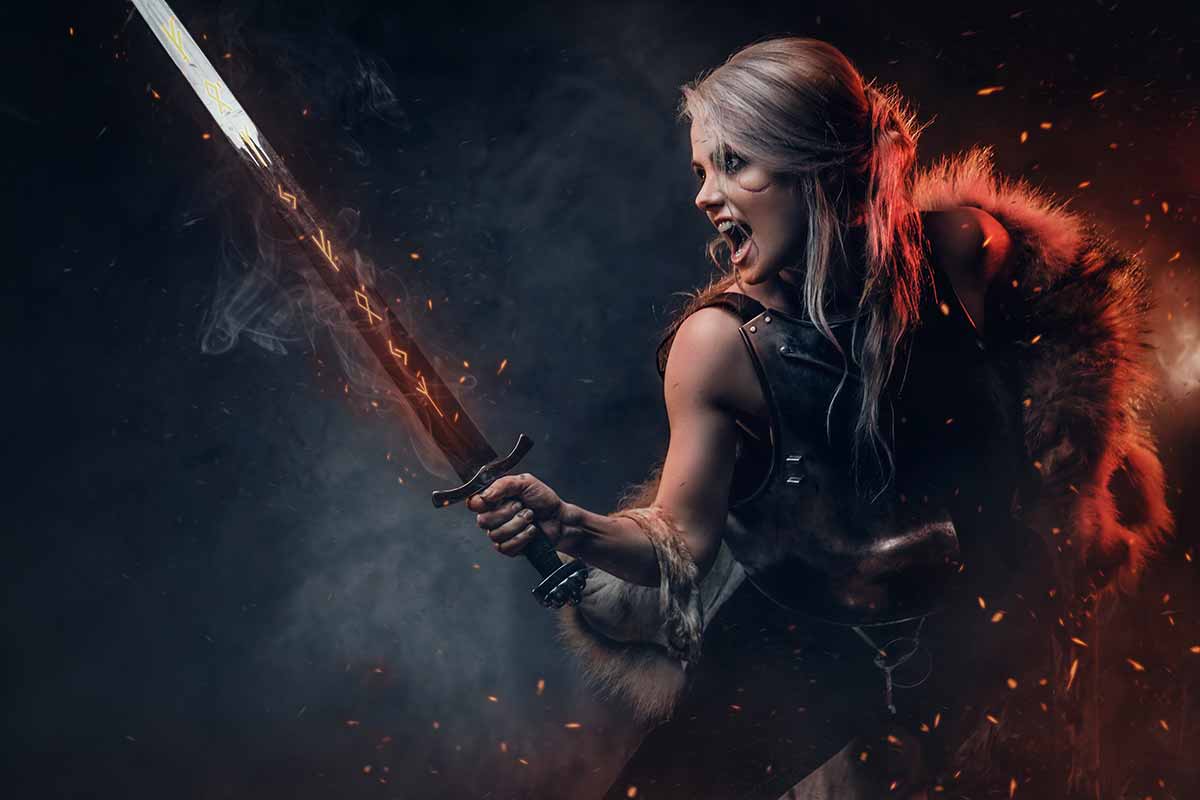 1) You ever heard of the man named orcbane? He single handedly killed a whole orc tribe then he married their chief’s daughter and lived happily ever after.

2) You ever heard about the man named Dyrnwyn? It’s said that he once got in a bar fight and cut a man in half with a single swing! He then stole the man’s sword and gave it the name Dyrnwyn, and it’s said that even its name has magical properties.

3) Did you ever hear of Illfang the Kobold? It’s said that he once fought a dragon, and when he died, he took the dragon with him and they died together.

4) I have a story for you! There was this human ranger named E’xam, and he was out in the forest when he came across a giant, so he killed it. All of his friends came in to see what the commotion was, but the only thing they found was his severed hand. E’xam isn’t in any records after that, but it’s said that his hand, which had been imbued with magic, got up and walked off into the forest.

5) Ever heard the story of the man named Gnarl? He was nicknamed the Gnarl, which is an orcish word for “Hook Hand.” He was a pirate who got his hand bitten off by a shark, and they said that somehow the wound healed badly, and instead of a hand, he ended up with a hook hand. He tricked a demon into giving him a magic hook hand, and ever since then he’s been a one handed pirate.

6) Ever heard the story of the man named Gorl? It’s said that he was a great adventurer who always got into fights, but he always won. He died of old age with almost no wounds on him at all.

7) Ever heard of the man named Slobber Dohr? It’s said that he once killed a dragon single handedly.

8) You ever hear of Sim? It’s said that he was a half elf who was a master thief and he would steal from anyone, and he would even break into the houses of the elves, and no one had ever seen him, and he could stay quiet and disappear without a trace. It’s said that somehow he managed to steal the eyes, ears, nose, and tongue of an elf, and he would leave them on the ground as he disappeared. He was never heard of again.

9) Did you ever hear of Grushnak the one-legged ogre? No one has ever seen him because he wears a special cloak that renders him invisible. He’s said to be part of a secret society that allows only one-legged ogres into their midst because they are too mean to let any other kind of ogre into their ranks.

10) Ever heard of the man named Arnar? It’s said that he once killed an ogre with his bare hands.

11) Have you ever heard of the woman named Ra? She was one of the first adventurers who ever lived. She was a half-orc cleric who settled down and started a church. She took in lost women travelers and adopted them as daughters, and trained them up as clerics.

12) Ever heard of the man named Blim? He was an elven wizard who invented the illusion magic that lets people change appearance, and he became great friends with King Blim of Blimland after that.

13) Man do I have a story for you! It’s not a tall tale. It’s 100% true! There was this guy named Gisgis who was a half-orc fighter. One day he was out in the forest when he heard someone yelling the name “Gisgis”! It kept yelling it over and over again, so he tracked the sounds to its source. Then he heard someone yelling “Gisgis, you will die soon!” He hid in the bushes and saw that it was a talking owl, which he had never seen before. The owl told him that his death was coming soon, and that he should be careful. Gisgis was so scared that he ran back to town, and told everyone about the talking owl, but no one believed him. He decided to leave town, but he was so scared that he couldn’t even get out of bed. The owl kept visiting him every night, and kept telling him that his death was coming soon. Then one night, the owl said “Gisgis, you will die tomorrow night!” So, Gisgis wasn’t scared at all, and he went out into the woods to hunt down a deer for dinner. He saw a deer with a broken leg, so he killed it, and then he kept walking around the woods, making sure that he didn’t bump into any bandits or anything. Then, when he was walking through a narrow passageway, the owl swooped down and hit him in the head with a rock, and he died instantly.

14) Have you ever heard the tale of the man named Tonto? It’s said that he was a halfling who had a great revenge quest. His wife had been killed by a horde of giant ants, and he vowed revenge on them. He went into the woods and found a nest, and he managed to kill all of the ants inside it. One of the ants managed to bite him before he killed it, and he died from the poison that it injected into his bloodstream.

15) I have a story for you! It’s about a man named Dohr. He was a cleric, and he was walking through a dark forest, and he got lost. He was scared because he thought he was going to be eaten by a monster, but then, he saw a light shining through the trees. He walked towards it, and it turned out to be a large, glowing rock. He picked the rock up, and it glowed even brighter, and he could feel some kind of magic coursing through him. It only took him a few more steps to get out of the forest, and he made it back to town safely. But, as soon as he got home, the light went out, and the magic was gone.

16) Have you ever heard of the man named Haxx? It’s said that he once killed a dragon that was terrorizing a town. Supposedly, he killed it after throwing a hammer at it.

17) Ever heard of the man named Dohr? It’s said that he had a friend who was a paladin, and that he died fighting a great evil. They say that he died a hero, and that he still walks the earth, searching for evil to fight.

18) Ever heard the tale of the one-legged ogre who was a boxer? He was a professional boxer named Slobber Dohr, and he was a great fighter. They say that he once punched a giant in the face and killed it from the force of the blow, and that the giant had been the reincarnated evil god of giants.

19) Have you ever heard of the man named Vax? It’s said that he was a great swordsman, and he got his sword from a dragon. Supposedly, he got the sword from the dragon by killing it with a single blow from his fist.

20) Did you ever hear of a man named Raxx? He was this great warrior who was nicknamed the Raxx. He supposedly used to fight in gladiator matches. Supposedly, he fought a minotaur in one match, and he killed it with his bare hands, and after that, he was nicknamed the Raxx. Nobody is quite sure why, least of all him. He’s not very smart.