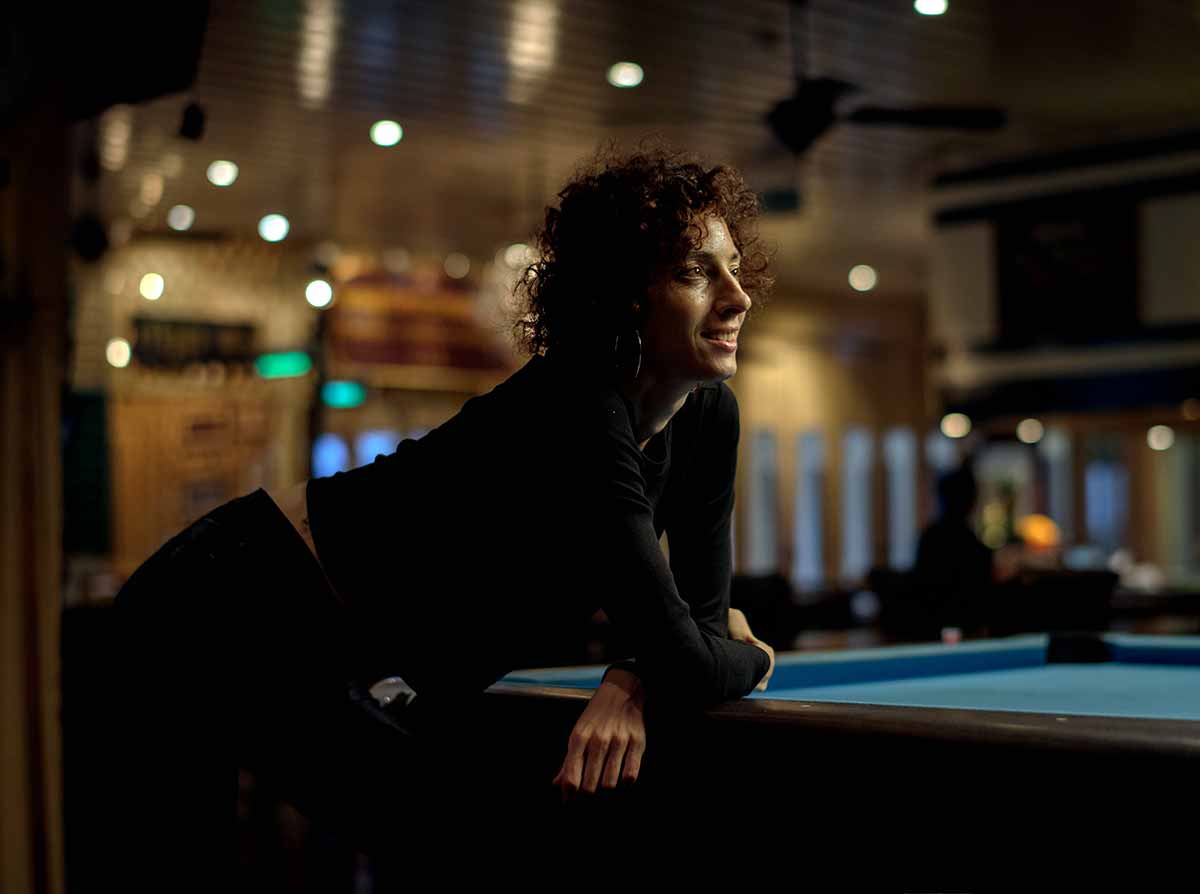 A list of 10 dive bars for your modern tabletop RPG campaign.

1) The Brass Knuckle – Run by Aaron Knuckels, the Brass Knuckle is a seedy establishment nestled between two skyscrapers downtown. The building’s interior is divided into three rooms: the bar, the back room, and the stage. The first room is where patrons sit and imbibe, and is always crowded and loud. The second is where the strippers and other performers do their thing and charge an outrageous cover. The third is a holdover from the building’s history as a music venue; it houses a grand piano and a small stage, set up for local acts to perform on. Aaron is not a patient man and will resort to violence if things don’t go his way. If players cause trouble in his bar, he will throw them out (if he can catch them), or send his hired thugs after them. Rosco and Cosmo are two German bouncers who work in exchange for food. They’re not too bright, but if players get too rowdy they’ll stop them. Aaron has cheap prices, but he waters down his drinks – a lot.

2) The Barrel – Located outside the city, this ramshackle inn is cheap, comfortable, and relatively safe. It’s where adventurers and other folks on the fringe of society stay. The bar sits in the middle of the first floor’s common area, and the barkeeper, Wilbur, is a decent sort. On the far side of the common area is a staircase leading up to the inn’s rooms. The walls are decorated with old paintings of the area, the sign of the inn, and other knick-knacks that have accumulated over the years. There is no TV or Wi-Fi, but there are open windows that allow fresh air to circulate through the common area. A single bookcase sits in the corner, with a few dusty tomes stacked on its shelves. If players are loud or otherwise cause trouble for Wilbur, he will ask them to leave, or send his son, Jay, to handle the situation. Jay is a surly teenager with a chip on his shoulder. He has the same skills as Wilbur, but will swing first and ask questions later. If players are rowdy enough to warrant it, Wilbur will call the city guard. He doesn’t want to do it, but he can’t run his inn without peace and quiet.

3) The Grave – This bar is located inside a cemetery. Its owner, Jon Dander, is an eccentric man who lives in the caretaker’s shack. The bar is located in the building where the caretaker would keep equipment and chemicals to take care of the ground. Jon is obsessed with death, and has decorated the floor with skeletons, grave markers, and other paraphernalia. It is normally open to the public, but Jon locks the doors at night (and will hide the key if he thinks someone is trying to get in). He doesn’t mind if players come in for a drink, but will ask them to leave if he sees them disturbing the grave markers. Jon has cheap drinks, but they’re normally drugged (either with sleeping powder or something much worse). If players stay too long, he will let them leave if they pay double. If they’re still there when he’s closing, he will kick them out. Every time Jon sees someone disturbing the grave markers, he will become irate.

4) The Crooked Eel – Located beneath a bridge in an old railway system, this bar is popular among those who want to get away from the authorities. The eel’s owner, Carl, is a builder who used to work on the railway system. He is a large man with a grizzled, brown beard and a beer gut. He enjoys watching old soccer matches on a beat-up TV in the corner. Carl is a hard man who doesn’t tolerate troublemakers, and will throw them out if they cause a fuss. If things get out of hand, Jackie and Gills, Carl’s two burly sons, will kick the troublemakers out. Jackie is a brawny man who is quick to anger, and Gills is a large man with a reputation as a tough fighter. Carl has cheap drinks, but they’re normally heavily water down. If the players irritate Carl, he will eventually throw them out. If they cause too much trouble, Jackie and Gills will beat them up and throw them out.

5) The Rusted Stool – Located in a large junkyard, this bar is run by Garth the Fixer. Garth is an elderly man with a gravel voice who spends most of his time whittling on an old piece of wood by the door. The interior is lit by a single flickering lantern. Two empty barrels of whiskey sit at the west end of the bar, and three rusted stools sit at the east end. There is also a small metal table with three stools, but it is rarely used. Garth will start conversations with players, but will ignore them if they remain unresponsive. If they start asking him questions, he will answer if he feels like it. If they become aggressive, he will ask them to leave. Garth is not a combatant, so he won’t try to pick a fight, but he will call the city guard if things get out of hand.

6) The Gold Coin – This bar is located in the middle of a fancy neighborhood. Run by Clarence Schweitz, the prices are high and the service isn’t too good. However, the residents of Hasselhoff Neighborhood will tolerate the lackluster service since they don’t have to deal with the riffraff from the slums. It is a modern, upscale bar with a few tables, a large counter, and a fancy, glass bar back. The drinks are expensive, but the bar has a wide variety. Clarence is a short, bald man who will serve patrons with a scowl. If the players cause a fuss, he will have his bouncer, a tall, heavyset man named Gene, remove them. Gene is a drunk, and a huge man, so players will have a hard time outrunning him. Clarence has expensive drinks, and if the players cross him, he will have Gene throw them out.

7) The Deck – This bar is located in a dilapidated warehouse on the northern outskirts of the city. The interior is full of tables, chairs, couches, and a few beds. A few old couches and a coffee table sit in the center of the room. The bar, a long counter, is located along the west wall, and the bartender, Hank, serves drinks. Hank is a young man with messy, brown hair. A few tables are located at the east end of the bar, and the kitchen is at the west end. The bathroom is downstairs. Hank has cheap drinks, but he waters them down. If players ask him for something special, he will refuse to make it. If the players cause too much trouble, Hank will refuse to serve them (he won’t call the cops). If they cause problems for him or his patrons, they will get thrown out.

8) The Striped Can – This bar is located in the middle of a busy block. The building itself is falling apart, but the interior is clean. It has a long counter with stools, a few tables, and a pool table in the back. The bartender, Mike, will serve any patrons he can without drawing too much attention to the bar. There are only a few patrons in the bar at any given time. Mike has cheap drinks, watered down to increase profits. He will kick players out if they cause trouble, but will tolerate them if they don’t. The bartender will call the cops if he has to do it too often.

9) The Pint Pot – This bar is located in the middle of a warehouse district. The interior is full of tables, chairs, couches, and a few beds. A few old couches and a coffee table sit in the center of the room. The bar, a long counter, is located along the west wall, and the bartender, Paul, serves drinks. Paul is an old man with white hair. A few tables are located at the east end of the bar, and the kitchen is at the west end. The bathroom is downstairs. Paul has cheap drinks, but he waters them down. If players ask him for something special, he will refuse to make it. If the players cause too much trouble, Paul will refuse to serve them (he won’t call the cops). Paul will kick the players out if they cause trouble for him or his customers.

10) The Rusty Sword – This bar is not well known, but caters to adventurers looking for a cheap drink. The building consists of a single room with a long bar, tables, and chairs. The word “adventurer” is painted above the door. The owner, Jake, is a short, stocky man with a short goatee. He will serve anyone who isn’t accompanied by the city police. If the players behave, he will chat with them. If they are rowdy, he will have them leave. Jake has cheap drinks, but the quality is poor. He will kick players out if they cause trouble for him or his patrons.