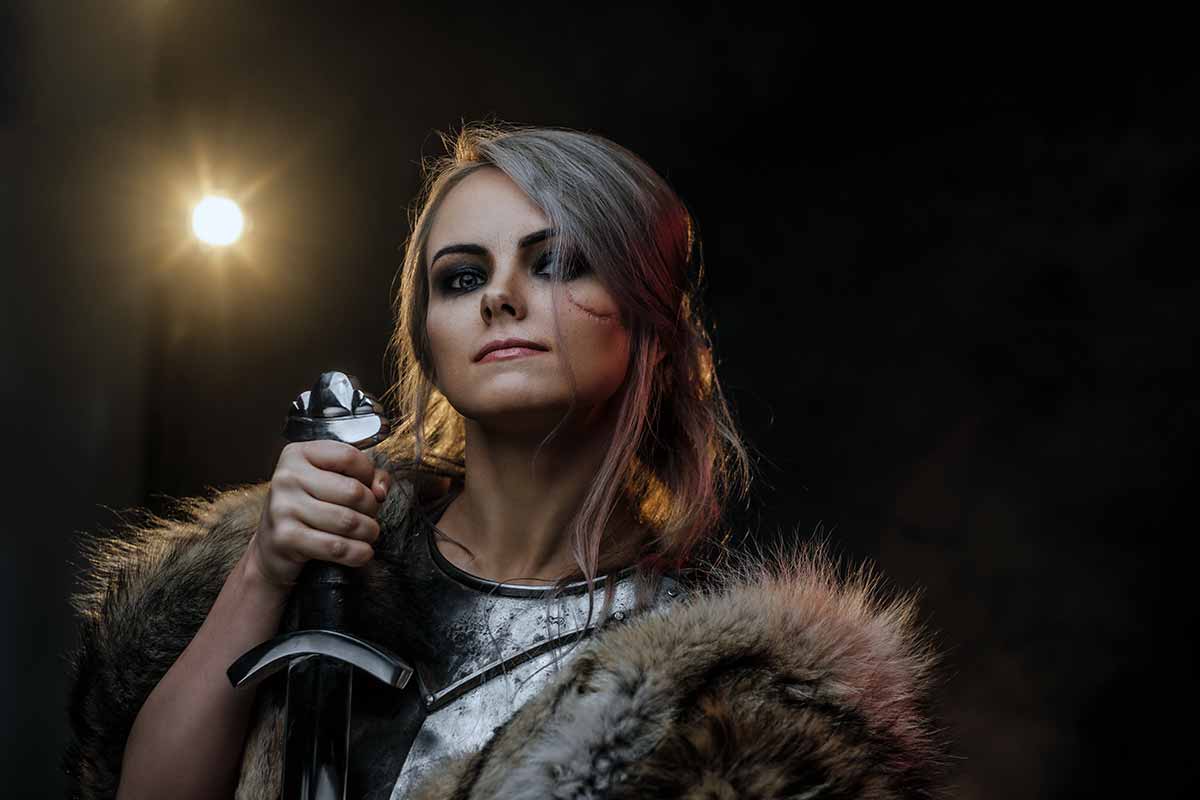 More Random Tavern Patrons for your fantasy tabletop RPG like D&D or Pathfinder. Roll 1d10 to find a random NPC for players to talk to in a tavern.

Jess is a skilled thief. Her gear is always top notch and she wears a real fur cloak

. She has long brown hair and big brown eyes. She will be drinking Dwarven ale and be quite drunk when players first encounter her – no matter the time of day or night. Jess is 23 years old.

She was born on the outskirts of town, but moved into the city when she was 12. She knows quite a bit of history about the local area, including details about the dungeon that was built at the bottom of the abandoned dwarven mining shaft in the mountains to the north.

For the right price, she will tell players about the dungeon and even give them a map if they ask.

Carnat is just a local who loves to drink and talk. He’s in his mid-twenties and has short brown hair and green eyes. He has a very worn leather armor on his upper body, but his pants are made of cloth. He holds a longsword on his belt.

Whenever players ask him about something, he’ll always talk about the history of the city or town or whatever he talks about.

Ambergard Smith is a human commoner farmer. He’s always wearing a simple brown cloak and nothing else. He has short brown hair and hazel eyes. He is 43 years old. He never goes anywhere without his dog, Farmer, who is a German Shepard.

He will be talking to the bartender about the economy and the poor harvest this year.

Tria is a female elf blacksmith in her mid-forties. She has medium length black hair and green eyes. She wears a long leather apron and a leather cap. She is a little bit overweight, but she is still strong. Her blacksmith shop is in her home, which is a stone house with a forge in the back.

She will be sitting at the bar drinking ale. She will be talking to the bartender about the economy and how prices for metal have gone up recently with the recent wars. She is dangerous if she gets too drunk.

Quintus is an older human in his sixties. He has short grey hair and blue eyes. He is missing his right hand. He has a belt, but with no scabbard for his sword. He has a small manor house, but he doesn’t have enough money to pay for servants.

Red Rock is a half-orc ranger in his early thirties. He has short black hair and black eyes. He is very muscular and wears animal skins. He will be wearing an animal pelt over his armor. He is missing his left eye. He will be talking to the bartender about his trip.

He will be drinking Dwarven spirits. He will be looking for another group to join up with to go to the dungeon in the mountains to the north. He will not be dangerous at all. He is just looking for some people to travel with. When it comes to tavern patrons, he’s a good one.

Luisa is a female human in her early twenties. She has long black hair and brown eyes. If approached by players, she will initially be very suspicious. She will not trust the players unless they look like they’re from town.

Once she believes that players are from town, she will be willing to talk. She will be talking to the bartender about the poor harvest and how people in town are living in fear. She will be wearing a plain brown cloak and a brown dress.

Harry is a male halfling rogue in his mid-twenties. He has a little bit of a pot belly, but he is still quick and a skilled thief. He has a dark blue cape and a dark blue tunic. He has a dagger on his belt. He has short brown hair and blue eyes. He will be drinking Dwarven ale and will already be drunk. He will be trying to pick pockets on some of the other patrons in the bar.

If caught, he will whine and beg and plead to be forgiven. He’ll give back the stolen items and buy everyone in the tavern a drink. If he can get everyone drunk enough, he will again try to pick pockets. After successfully stealing from a couple of people, he will leave the bar and go to the blacksmith shop to steal some supplies. On the list of tavern patrons, he’s on the bad guys one.

She doesn’t know much about the dungeon, but she’ll tell players that she heard that the treasure at the end of the dungeon is cursed. She’ll agree to join up with the group if they promise to escort her to the dungeon.

Gorman is a male dwarf in his mid-forties. He has a black beard with white streaks in it. He wears a white shirt and a grey apron. He holds a frying pan on his belt. He will be drinking dwarven ale. He will be talking to the bartender about the bad harvest. He will be looking for the adventurers to tell them about the dungeon to the north.

If you want more tavern patrons, I’ve got you covered. Check out the Fantasy Tavern Patrons section that includes lists for all sorts of tavern patrons. You can also head over to LitRPG Adventures if you want to generate your own RPG content using GPT-3 from OpenAI.